We were naive, newly married, adjusting, but always praying for God to help us to be resolved. There was so much more to come…so much more love to follow!

Continued from OUR STORY PART 1

Fast forward to January 2007, I took a rather nervous trip on an airplane (first time flying and first time being separated from my husband for the first time since we were married)  to go visit my parents for a week.  I would then meet my husband the following week in Vancouver at the airport so we could go to the counselet office for my visa.

What an adventure that was! Vancouver, British Columbia was fun, full of ice and snow, and surprises. The best site ever was when I my eyes saw my husband at the airport! I had such a hard time being separated from him and to this day we have never been separated for long periods of time.  With a few bumps along the way in Vancouver, after about three days, I got my visa and we got a flight back to Kansas.

We arrived in Kansas amidst a cold rough ice storm! Our car was in the airport parking lot and was covered with ice. I remember sitting there shivering in our coats as we waited for the layers of ice to melt off our car, so we could go to a nearby hotel.  We would go to our fairly new home in a couple of days (we had purchased a mobile home back in December 2006 and had just settled in before I had left).

March 2007 we found out the most exciting news! We were expecting again!!! I immediately went to the doctor after having lost the first one. The doctor decided to put me on progesterone pills since the miscarried baby had been really low. (For most of my babies I was on progesterone.  I will be writing another post on this subject someday, on the cons of such a decision and things I have learned along the way regarding  hormone replacement therapy. )   How exciting it was to think that we were going to have a baby! I had always wanted to be a mother and have a large family! Things went the usual way-fatigue, morning sickness, the most common of pregnancy symptoms.

But then at around 20 weeks, we were told something we didn’t at least suspect. We thought everything had been going just fine. Our baby had a blockage in his bladder. For now, it was okay but after so many weeks babies no longer urinate through the skin and that would mean,  he (we found out during that ultrasound),  would not be able to urinate properly. Crushing! We were then told their would be routinely ultrasounds to keep an eye on things.  By 34 weeks, things didn’t look so good for our little one, and it was decided that he would have to come early! At 36 weeks, after nearly a day and half  labor, our first-born son, came into this world.

I remember thinking for the two seconds that I held him, how small he was, how fragile he was, and that here we were : PARENTS! He was all ours, sent by God, into our care! Nurses were all around as they checked him over and sent him over to the NICU. He was immediately put in an incubator but was breathing just fine.  Two days later he was transported to the nearest children’s hospital, had surgery, and recovering time.  Here we would spend three grueling weeks, loving, protecting,  and worried sick about our newborn son as he recovered from his surgery. Once again were learning, we were adjusting…..

Several days later we learned that his kidney’s had been slightly damaged and that we would have to a careful eye over them as he would grow up. After three long weeks at the hospital (we were tired of hospitals, doctors, nurses by this time, even though they had helped our son) we were able to bring our son home.

February 2009, to our delight, a second son was born. Everything had gone by smoothly, no complications and a very healthy baby, which made for really happy parents. Our first son, was doing great health wise, and loved his new baby brother.

Time goes so fast and before you know it I was once again pregnant, with our third child. My second pregnancy had been progesterone pills, this one was progesterone pills and cream.  The months flew by and on October 19th, 2010 our first daughter was born. I still remember the day we found out we were having a girl via ultrasound a tear rolled down by cheek as I thought of our little girl.

Three months went by and she was a very happy and contented baby. Things however, did not go so well for this mama! I started to have pain in my side, pain which would come and go, and be worse with certain foods. The pain got worse and worse till finally we had to go to the E.R.  The doctor confirmed a gallbladder full of sludge. Several hours later he sent me to a bigger hospital for gallbladder surgery. (Once again, looking back, I wish I had changed my eating and health habits. I could have prevented a surgery, I could have prevented the problems I have today! But these are all life lessons that we can share with others!)

I had many rough weeks, surgery did not go well, but had to have another surgery due to complications from the first one. All the while my brave and steadfast husband was holding down the fort. He had gotten some help with the older ones and was trying so hard to take care of the newest one, while this mama got better. The baby had to be put on the bottle because of the drugs I was taking. My husband was there making sure she got fed, cleaned, warmed and loved, all the while keeping a loving eye on me.

Things did get better and before you know it was past experience, that we shall never forget. April 2012 brought about another baby boy, number four. God was definitely sending babies our way and we are so blessed that He has!

Number four was the biggest test of our love and trust in Him. About six weeks after giving birth, I got postpartum depression really bad!! At first we didn’t know what to do! Doctors were not helpful, told me I was crazy, put me on a lot of scary depression drugs, and practically helped to create the biggest nightmare in my life that I have every gone through!

It was only through the grace of God and many prayers that both my husband and I (and the kids too!) got through it all. So many women fall prey to the health system telling them that they need this drug and that drug or need psychiatric help. Now, I know there are some cases like that, but most of the time doctors don’t know what to do. It’s hormones. The woman’s body has had a lot of adjusting and changes after having a baby. She needs time to rest, relax and recover. If she isn’t harming anyone and doesn’t want to hurt anyone (herself and baby included) she just needs love, space, understanding, and compassion. Not stick her in some institution  and drug her up more, to make her even more messed up!

(My husband and I hope to share more experiences on this important subject on a later post as we would like to help as many families as we can on this not quite understood topic.)

June 2013, baby number five, came in a very unexpecting way. We had hoped to have a more natural birth (by this time we were exhausted by the whole medical system). But once again, we  were sent right back into it whether we liked it or not. Had gone to the birth center only to turn around and head to the hospital as there was a lot of bleeding. C-section was all I could here as nurses prepped me for a hospital stay.

Several hours later after waking up from anesthesia, and quite sore from an emergency C-section, I beheld our little boy! Once again, we were parents and we had come a long way since number one. We now were a happy and healthy family of seven (minus the c-section, of course!)   Our family was growing! Our love was spreading to five little blessings from God. We surely had been blessed! We had a nice house with an acreage (we had just moved into a larger home the week prior to having him), an income,  and each other! What more could we ask for………!

The road ahead had many more adventures!

I'm a blessed wife of a caring and loving husband and mother to seven little darlings. I decided to open this website to share my experiences from motherhood, to health issues, married life, and ethical values in a morally declining society. View all posts by Cecilia 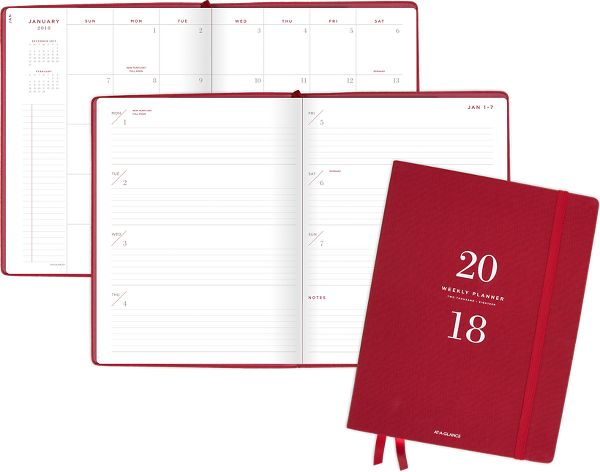